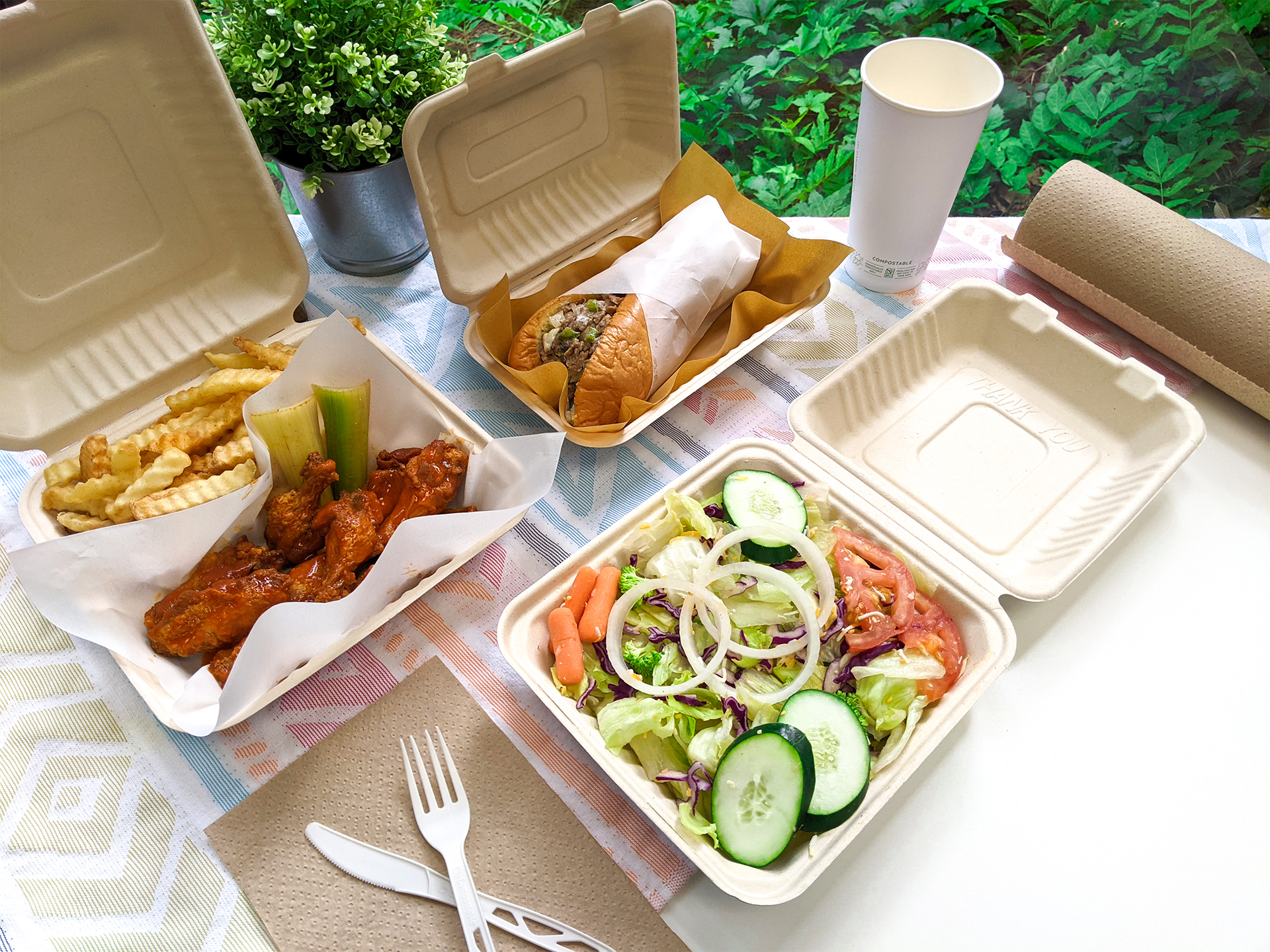 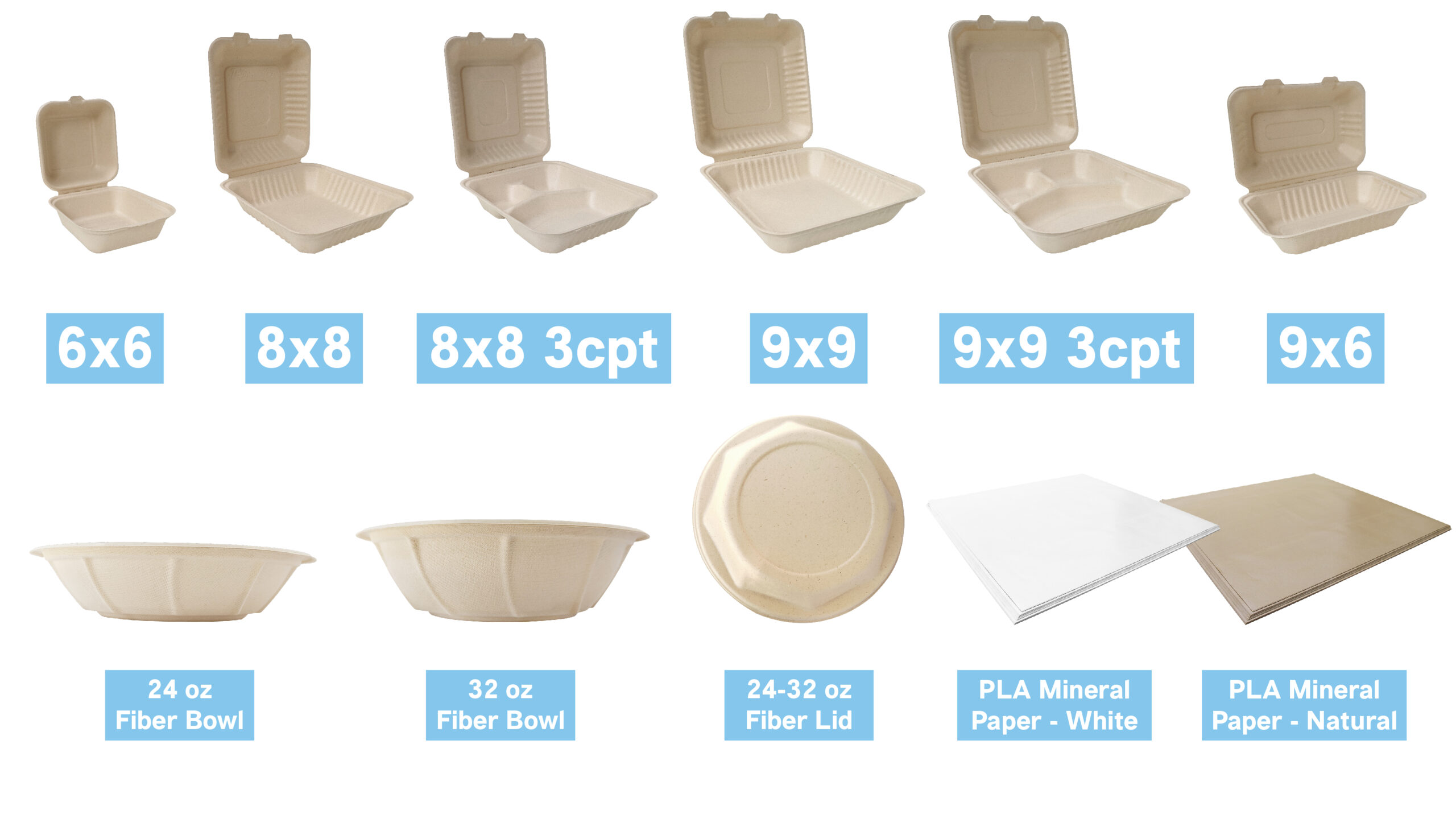 Clarion Clamshells and Round Bowls

Pair our Clarion Clamshells and Bowls with the Clarion PLA Mineral Paper  for a boost in grease and moisture resistance.

No more sauce down the sleeve as you dive into that sandwich. Our customizable Clarion PLA Mineral Paper serves as a one-for-one certified commercially compostable replacement for wax paper.

Our in-house design team is here to help.

Let Better Earth’s in-house design team (us!) help you fully customize your Better Box and tamper-evident seal with bar codes, QR codes or other identifiers to strengthen traceability across your operations, or further highlight your own brand identity and story.

Here are just a few of the ways custom print capabilities can add value to your packaging:

Get Started on Your Custom Print Request Today

Ready to get started on your custom print design? Reach out to us at:

We’re here to guide you and support you every step of the way so we look forward to hearing from you soon!

Our Clarion Collection products can be properly disposed of at commercial composting facilities where they will break down into soil and the key nutrients our food needs to thrive.

HOW WE GOT HERE – PFAS AND ITS HISTORY

We highly recommended watching Mark Ruffalo’s film Dark Waters to learn a bit more on PFAS as well as The Devil We Know.

PFAS are organo fluorine compounds that include multiple fluorine atoms and at least one fully carbonated carbon atom. It’s this fluorine carbon bond that makes a PFAS a PFAS and what makes PFAS so hard to break down, and why they’re often referred to as forever chemicals.

There are about 1000 PFAS in commerce. 600 of which are in EPA’s active inventory of chemicals that they periodically update and about 400 that have entered commerce through a loophole in chemical law. There are thousands more that have been created, but only 1000 that are typically used in commerce. They serve many purposes best known for things that make our products waterproof, stain resistant, make pots and pans, help make food packaging and have many other applications like consumer products like making mascara waterproof and industrial applications.

Geeky Fact: PFAS were actually invented by accident, a chemist named Roy Plunket who was trying to create something else but accidently created EPFE in a lab in 1938. They’ve been used commercially since 1950s. In fact, we knew by the 1950s (we as in the companies manufacturing PFAS) that they combined to our blood proteins. By 1960s, we knew they were toxic to animals. In fact, FDA rejected a food additive petition in 1966 over the concerns of the toxicity of PFAS. The manufacturers of PFAS knew by the 1970s that PFAS were harming their workers and that they contaminated the blood of every American. By 1980s, plants were contaminating our water supplies.

What’s so compelling about PFAS and why Dark Waters was such a hit movie was that no one else knew. The manufacturers of PFAS, the companies that used PFAS never told anyone else—their workers, neighbors, communities. And in violation of federal law, they never told their regulators. In fact, we probably wouldn’t know much of anything about PFAS if it were not for Rob Billot, the lawyer featured in Dark Waters because he represented a farmer who’s cows were dying. He began the process of legal discovery to learn what we just shared: that companies had known for decades that these toxic fluorinated chemicals were contaminating all of us, especially those in and around Parkersburg, West Virginia.

We encourage everyone go to EWG’s water database to learn more about public water toxicity—PFAS is one of top chemicals in water supply today. Talk about a forever chemical.

WHY SHOULD WE BE CONCERNED?

What have we begun to learn about this family of chemicals that has caused them to be a red flag and a “forever chemical”? Thanks to work of Rob Billot and thousands of subsequent studies that have been completed, we know that the exposure to PFAS increases the risk to kidney, testicular cancer, increases cholesterol levels, risk of high blood pressure, preeclampsia in pregnant women, reduces infant birth weight, and reduces effectiveness of vaccines.

The health effects are well known. What’s less well known is how big the scope of this contamination problem is.

HOW ARE GOVERNMENTS RESPONDING? LEGISLATIVE TRENDS

​States are really leading the way in this issue. 6 states have now banned PFAS in food packaging: Connecticut, Maine, Minnesota, New York, Vermont, and Washington. California will most likely be the 7th state. 2 members of Congress, Congresswoman Debbie Dingle and Senator Maggie Hasson plan to introduce a national bill soon that will ban PFAS in food packaging nationally. All of these bill give food companies time to reformulate aaway from PFAS in food packaging.

Maine has enacted a law that will require companies to prove that PFAS are necessary in your product. In other words, under Maine’s law, PFAS will be banned unless companies can prove that there’s no alternative, they have no choice but to use PFAS. The burden will be on the company, not the state regulator to prove that the use of that PFAS is needed.

Maine and several other states: Vermont, Connecticut, California, also moved to ban use of PFAS in firefighting foam. If you’re worried about PFAS, PFAS that’s been used in firefighting foam to fight jetfuel fires is one of the bigger sources of PFAS especially around airports and military installation. States are also taking action as well in banning PFAS in foodservice packaging as well as carpets, rugs, and even ski wax in the case of Vermont.

The other sign that PFAS is on the mind of a lot of policymakers is that even Congress is getting involved. Two years ago, Congress has already directed the Department of Defense to end the use of PFAS in firefighting foam.

The full House will take up what’s called the PFAS Action Act, this is a bill that sets deadlines for EPA to create a national drinking water standard for PFAS, creates deadlines to regulate industrial discharges of PFAS, designates several PFAS as hazardous substances, which means that if they’re improperly released and there has to be a cleanup undertaken, the polluter would be responsible for cleanup. PFAS Action Act will also include the PFAS FREE labeling provision through the Safer Choice program so there will be a way for companies to distinguish themselves in the marketplace by carrying a government sanctioned PFAS Free label.

More done in what’s called the National Defense Authorization Act: law that funds Department of Defense to address PFAS and Biden Administration has decided to make PFAS a priority and will take the steps to set a national drinking standard to reduce industrial discharges of PFAS.

HOW TO IDENTIFY PFAS-FREE PACKAGING

We can all become more conscious consumers by learning how to identify and prioritize PFAS-Free foodservice packaging. All you have to do is look for either the Biodegradable Products Institute (BPI) or Composter Manufacturer’s Alliance (CMA) logos on the packaging. All packaging certified by these third-party certifiers meets undergoes rigorous testing to ensure the product does not contain any intentionally added polyfluorinated chemicals. If the product does not have a visible logo from BPI or CMA, you can look up the product’s brand on BPI’s website. All actively certified products can be found in their products database if you search the brand name in the search bar. ​​

Head over to our YouTube channel to watch our PFAS 101 Webinar and get answers to your burning PFAS questions! 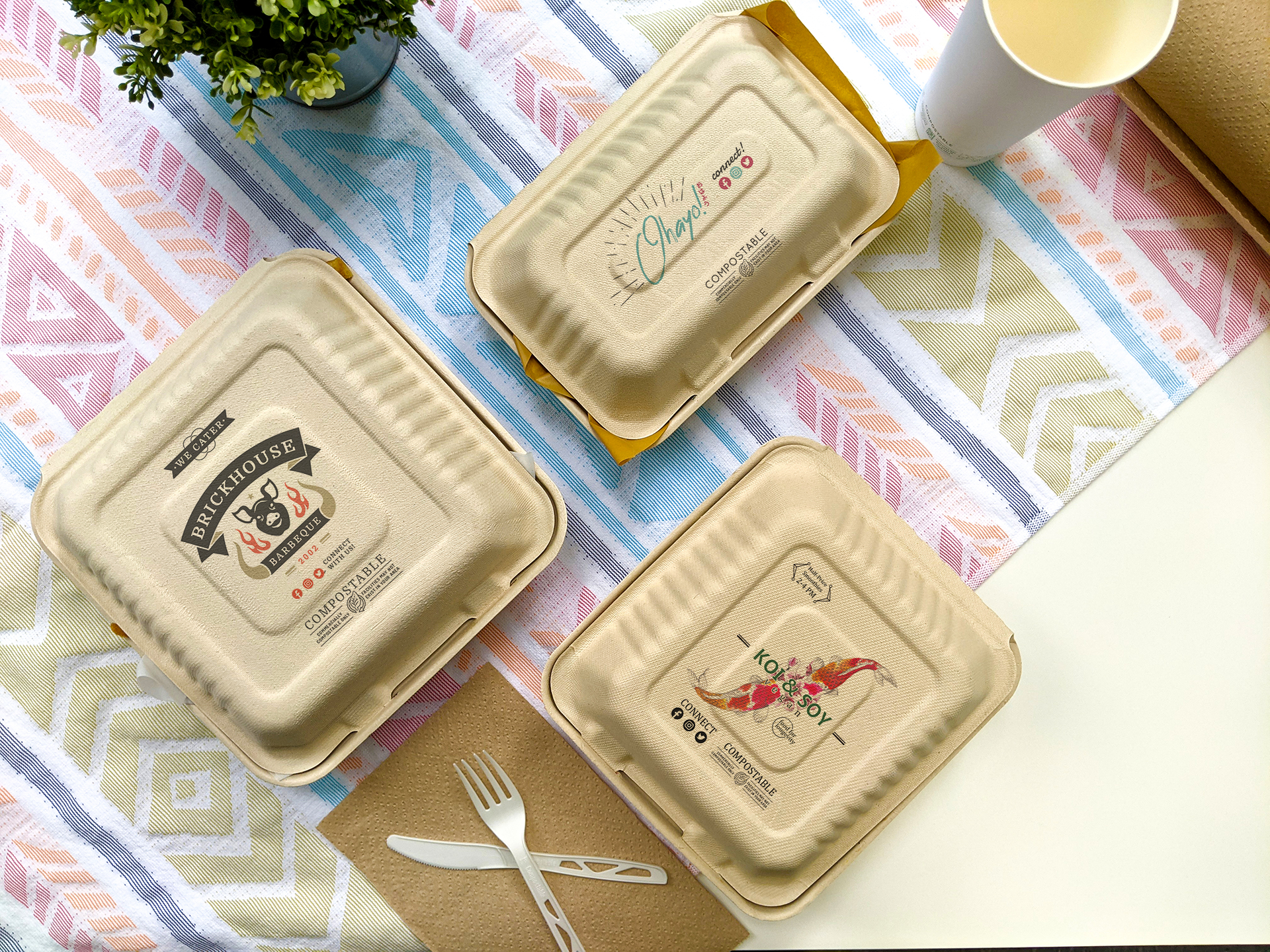 
Watch the video to learn more about customizing your Clarion Collection product. Our Better Earth in-house design team is here to support you with artwork and guide you every step of the way.

Better Earth really goes above and beyond. Their complementary in-house custom print design services make the ordering process super easy! No one else offers design services like Better Earth where they work with customers on artwork and provide virtual samples for presentation and artwork approval. That alone helps us seal the deal much faster because most customers don't have design resources readily available. We really love working with Better Earth because of this.

Let us help you meet and exceed your sustainability goals and foodservice packaging solution needs.

For sales inquiries, reach out to:

And for marketing, education or custom print opportunities, reach out to us at: 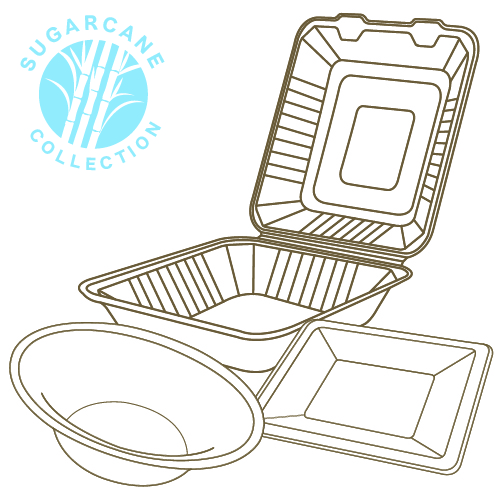 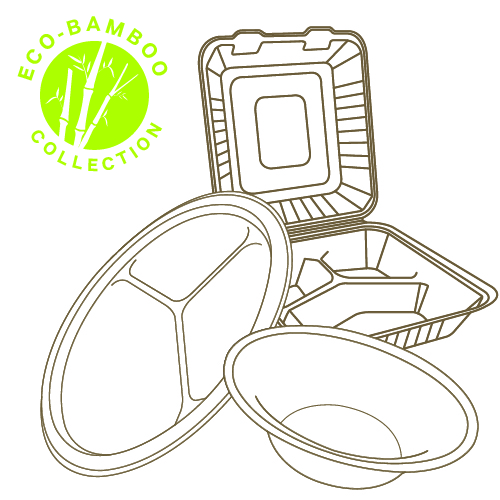 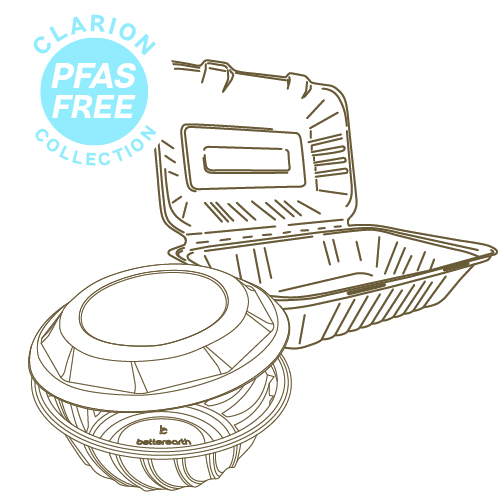 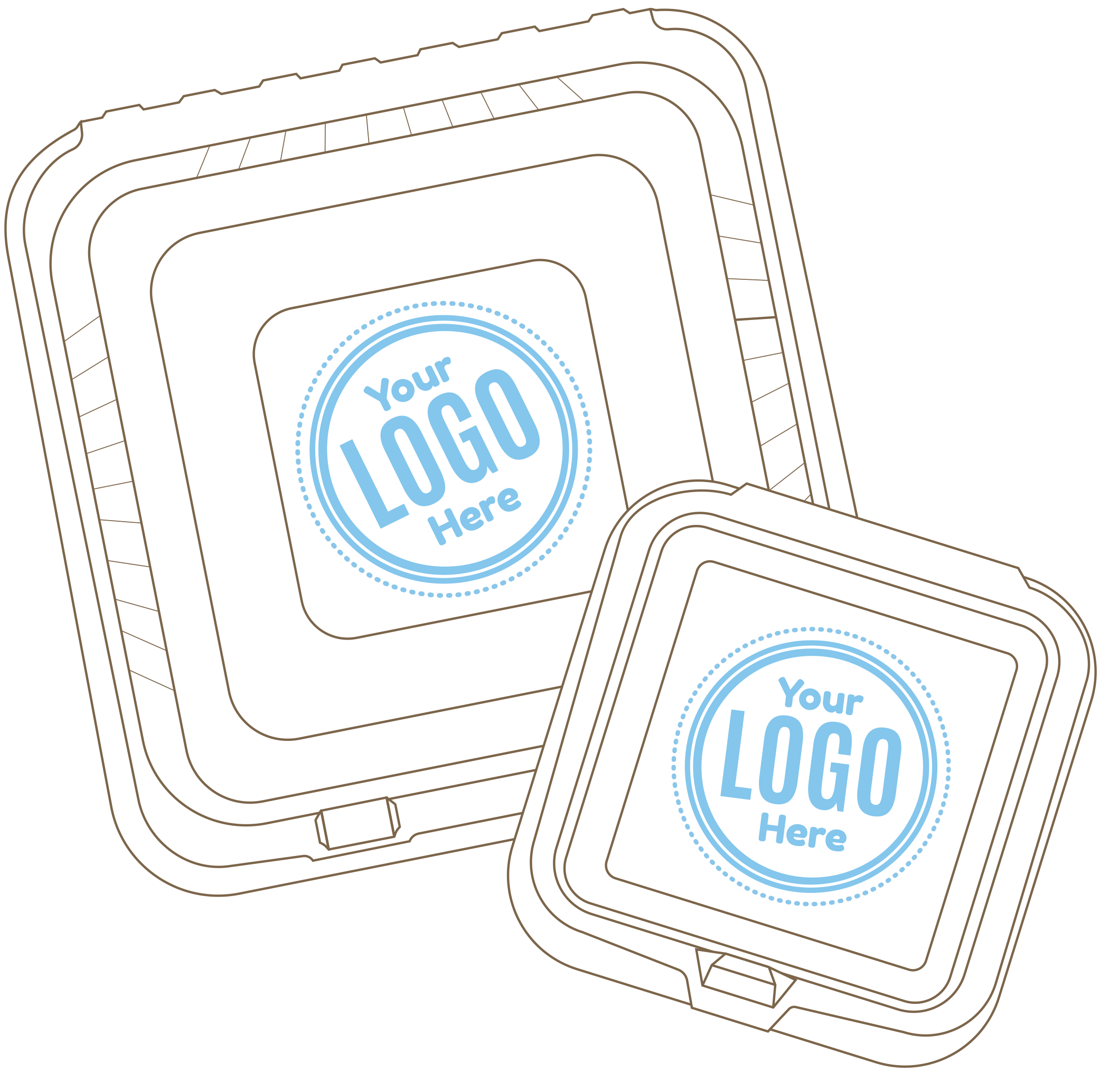 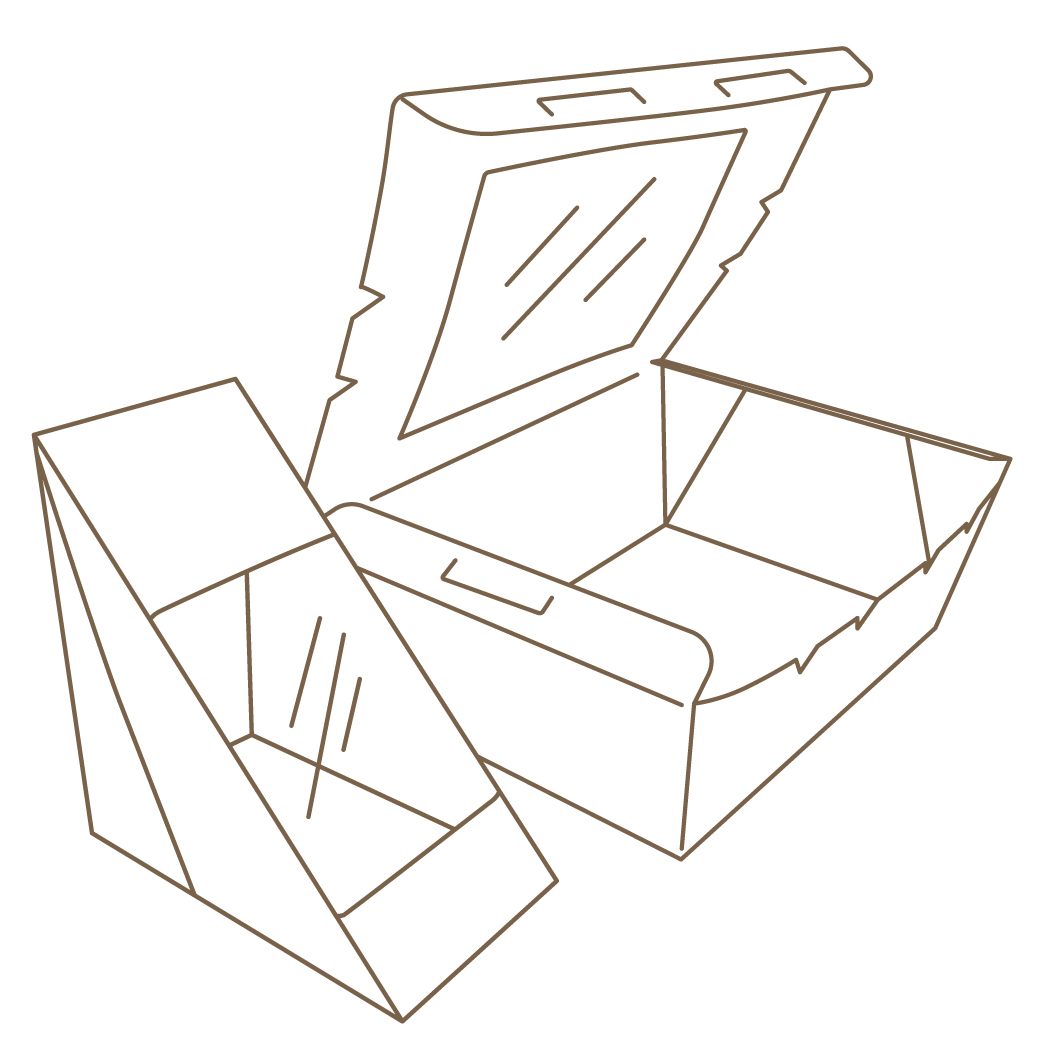 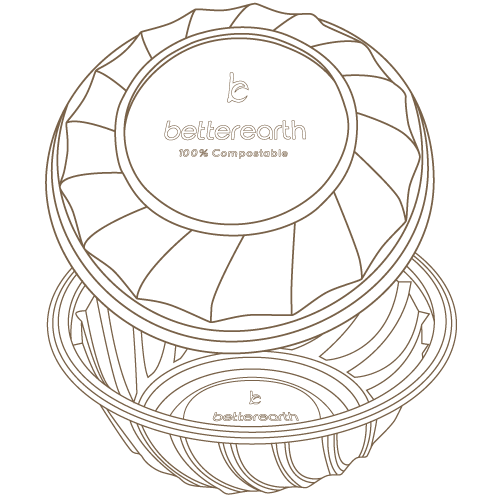 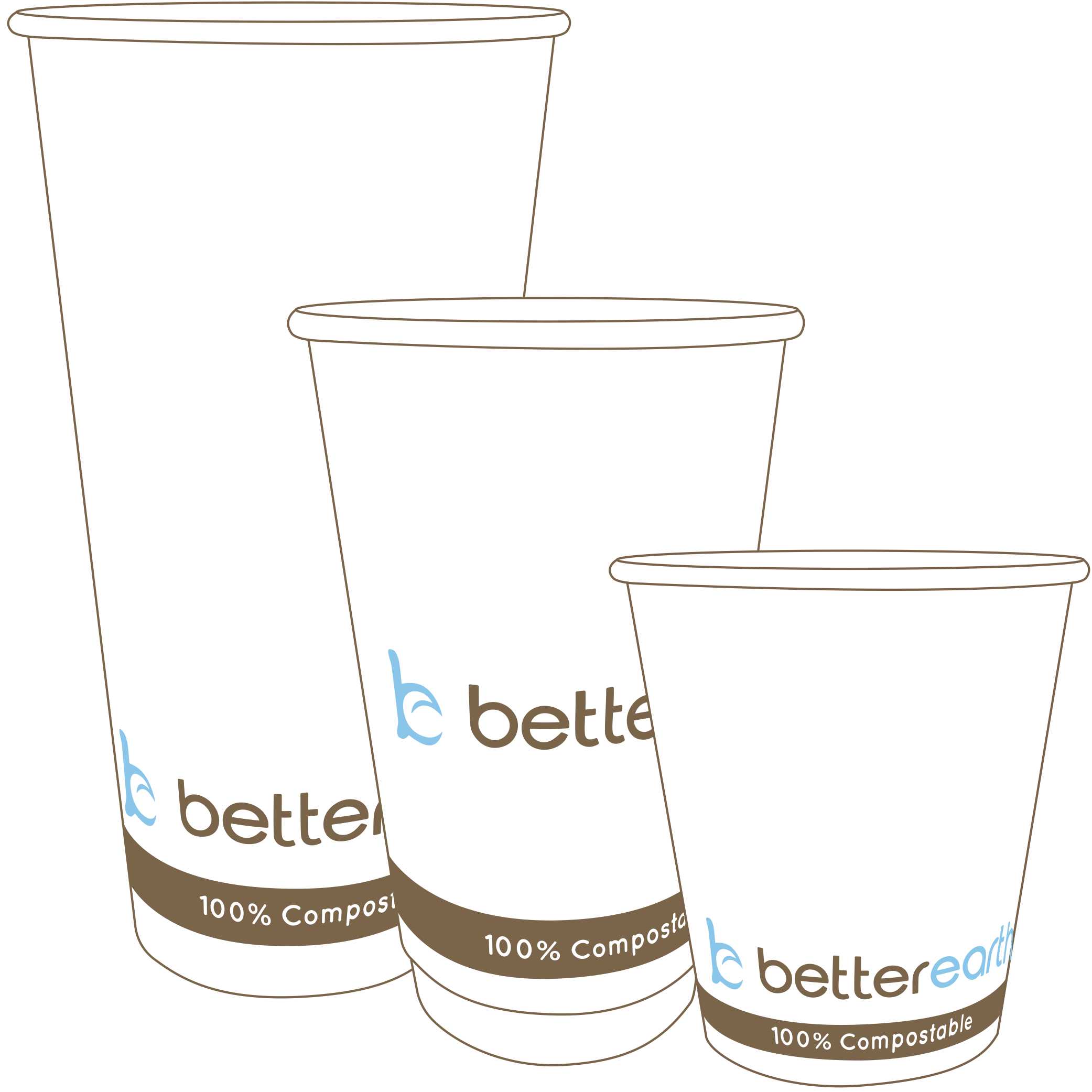 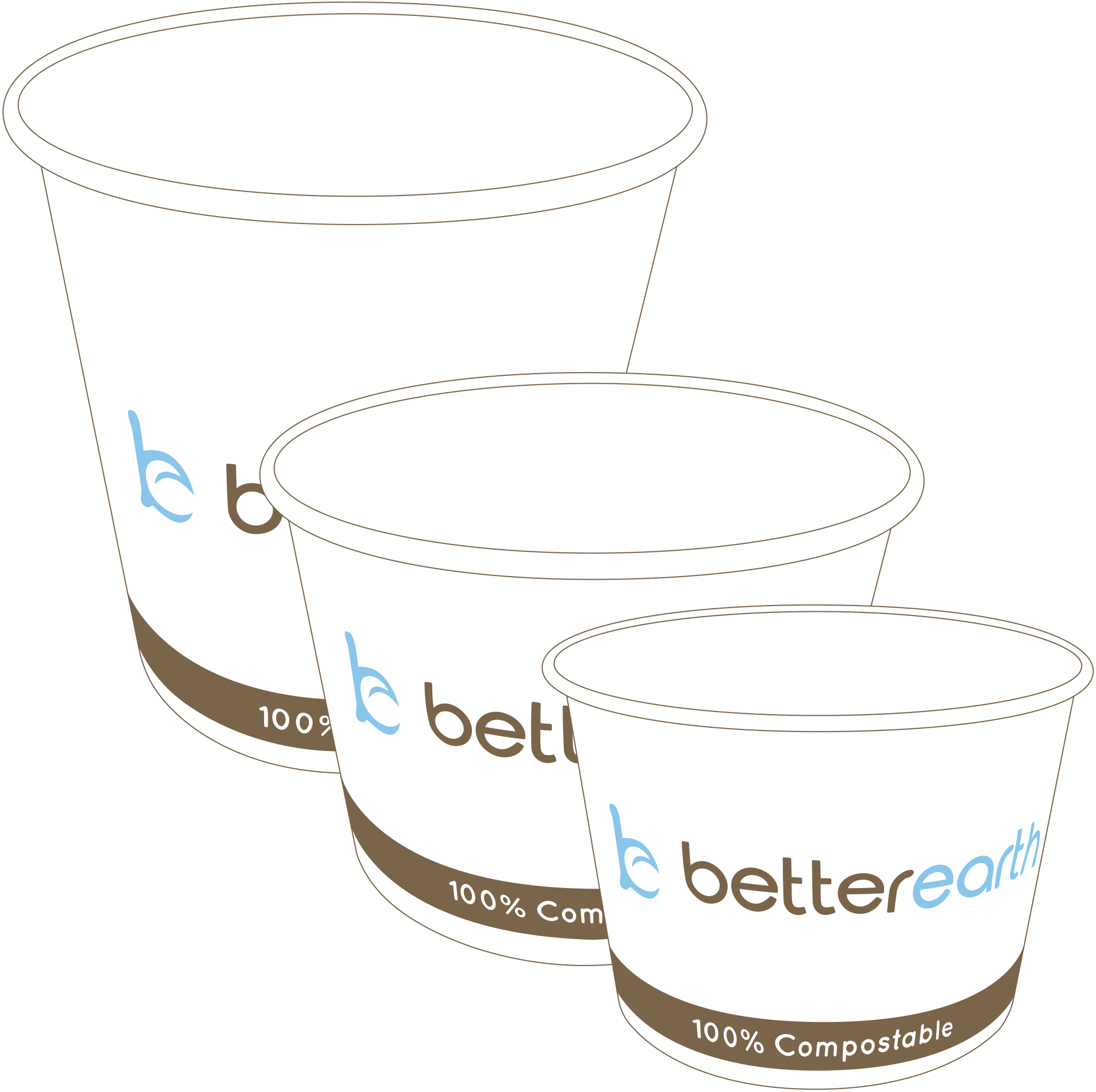 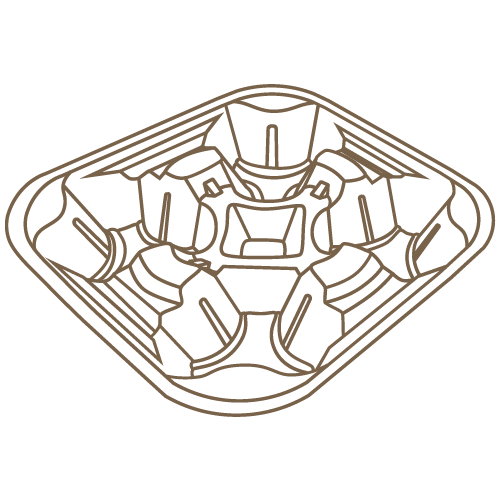 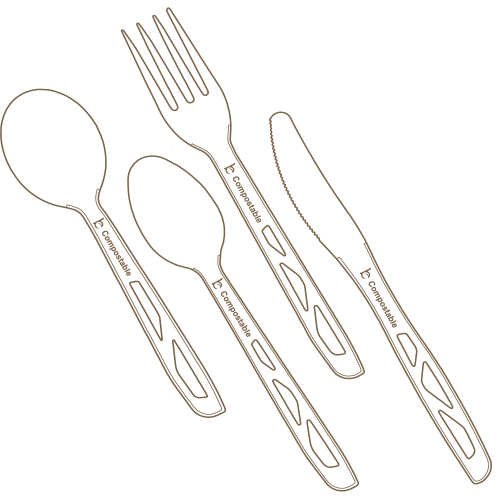